I watched almost all of them consecutively, from Mighty Morphing Power Rangers to Power Rangers Dino Thunder, and watched some episodes of Mystic Force, SPD, RPM, and Jungle Fury thrown here and there.

Power Rangers became kind of a guilty pleasure to me, which is why it kind of baffles me that I didn’t read this comic ’til about 2 weeks ago.

I mean I knew about its existence, but to be honest it really didn’t pick my interest mainly because I thought I was finally done with all things Power Rangers -with exception of the movie- and… I haven’t been a fan of most of the TV to Comic adaptations, but then… the trailer for Shattered Grid dropped.

So, of course, I had to check what it was all really about and pick up the comic, and in order to have a full understanding about what was happening, eventually read the previous issues, and you know what, it was totally worth it!

END_OF_DOCUMENT_TOKEN_TO_BE_REPLACED 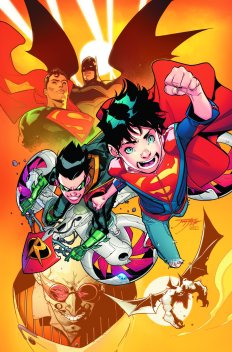 So…, I´m starting to think the Comic book Gods have something against me ´cause first Marvel cancels Spider-woman -I meant to write about it, but I was really upset-, then I hear that Laura Kinney´s run as Wolverine is coming to a close and now! Now! DC is canceling Super Sons?

Like seriously? why? Super Sons is one of the best things to come from the whole DC Rebirth! -along with Jonathan Kent as Superboy, but that pretty much comes hand in hand so there-, I mean I know that the plan is apparently to have both Damian and Jon in the new Young Justice comic -probably written by Tomasi-, but still!

END_OF_DOCUMENT_TOKEN_TO_BE_REPLACED

First were books, then movies, and now with the year about to end here are my favorite and least favorite comics of the year!

Just like with the other list, this is divided on my top 6 and bottom 6, which don´t necessarily reflect the best or worst comics of the year, just the ones that I liked the most and least.

END_OF_DOCUMENT_TOKEN_TO_BE_REPLACED

The way things are going, I should probably consider making this a books/movies/TVseries blog with things from my life and thoughts that are thrown randomly than a books/movies/anime/comics/TVseries one with random things. ´cause it´s been a long time since I last wrote about comics.

But there are only so many hours in the day and besides work -freelance and official-, I do have other responsibilities; and I quite honestly I´m a little lazy with my writing so…. there´s also that. 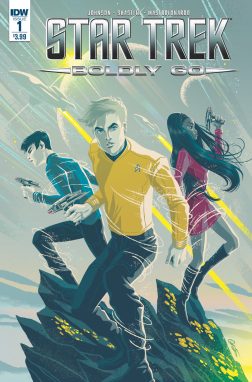 Anyway…, from some reason right when my countdown to Rogue One´s premiere began -I´m planning to post my thoughts on that movie, hopefully before the year ends- I decided to catch up on my Star Trek comics!

How Star Wars took me to Star Trek is anyone´s guess, but the thing is that I returned to the Star Trek comics I was reading, only to discover that the main title was finished.

And not only that! It also turned out there is new comic undergoing -which also made me realize how out of the rest of the comic book world I have been since Rebirth-, so…. in the end I had a lot more catching up than I expected.

END_OF_DOCUMENT_TOKEN_TO_BE_REPLACED

Last year around the time I started this blog, I made a post about All New All Different Marvel and the comics I was most excited to read. I did it more to keep track of what I wanted to read than in hope anyone would read my post so… I decided to do the same with DC.

Now I´m a little late for this since DC Rebirth began like 2 weeks ago but lately, it has been difficult to balance my life so…

Anyway, these time I decided to separate the comics released in 4 main categories: Sure, Might, Nope, and Undecided.

I think the classification it´s pretty much straightforward, but I will explain why I made the decisions anyway. END_OF_DOCUMENT_TOKEN_TO_BE_REPLACED

Well I don´t know if I´ll be able to do this every week, but I´d like to at least do it every month, and that´s quoting some comics and maybe even some animes, mangas, movies etc., at least once a month.

And because I have been wanting to write about one of the comics are read that are neither Marvel nor DC, but I haven´t had the opportunity ´till now, I decided that there was no better day than this one to do so.

Be straight, be weird. Be whatever, just be what you want to be, and if people don´t like it… That´s what the S stands for.
-Jughead, All New Archie #2-

So the truth is that I never got Archie, not really I mean thanks to my mom I watched some of the old cartoon and even a live action movie I think -did they called them live action back then?- and I actually find it funny but that was pretty much it.

Archie was the only comic that I ever saw my mother reading and while entertaining, I never got into it. I didn´t even knew that Sabrina Spellman was originated there! and I was a big fan of the series! the point is that I have always been aware of what´s happening on Archie but is not until recently that I started reading the comics. END_OF_DOCUMENT_TOKEN_TO_BE_REPLACED

Since I mostly seem to read and write about Marvel comics, it seemed fair that coming back to this little corner of my blog, I´d  go with a DC title that I´m loving and will be sad to see go, and that´s Superman American Alien! 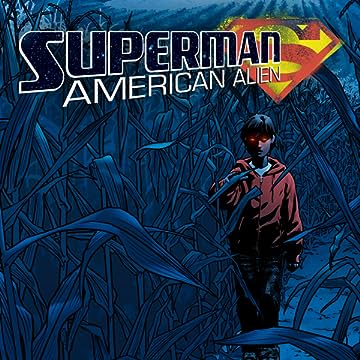 Those who now me in person, are aware of the fact that I´m not a big Superman fan, I not a Batman fan either -but that´s more ´cause I personally think that the character is way overrated-, so I´m unaware as to what possessed me to start reading this comic; was it the art?, the glowing reviews I read and heard? the fact that it was a limited series?

Well… I guess it truly doesn´t matter, the point is that I´m a big fan now and I´m anxious to see what the big DC Rebirth does for the character -I really hope someone is able to imitate what Max Landis was able to do here-.

My problem with Superman has always been similar to my troubles with Captain America, I could never relate to him, he was always too powerful, too good and straightforward, etc., to be of my liking; but this time, I actually had fun reading about the character. END_OF_DOCUMENT_TOKEN_TO_BE_REPLACED

Secret wars hasn´t finish yet -between so many delays that´s hardly surprising-, but the new titles post Doom´s world are right at the corner; some of them look good, others seem a little risky and then there are those that fit more under the WTF?! description.

Even if I wanted to read all this comics, between this ones, DC, Image and Boom, finishing Battle Royale, starting and finishing another book, catching up with my animes, following my tv series, work, Japanese and all; I wouldn´t have the time.

So… Is time I cut my losses and begin dividing the titles on 3 categories : picking for sure, might pick and not touching END_OF_DOCUMENT_TOKEN_TO_BE_REPLACED

I have stated this before and I´ll do it again, I´m not a big spider-man fan. Don´t get me wrong I like spidey and I watched his cartoons when I was younger, but… he has never been my favorite character. So…, I almost never pick up any of the spider-man comic book events.

Spider-verse was the exception. I don´t remember quiet well how I got into the spider-verse, maybe it was while reading Spider-woman, or I may have looked for it after reading about Spider-Gwen, the point is that I read it and liked it!

In that event that assembled spider people -and spider animals- from the whole multiverse, is where I met Gwen Stacey as a spider-woman and Cindy Moon as Silk.

At the beginning and for almost all of the spider-verse event, Spider-Gwen was the one that pulled my attention; so much that I decided to read her solo comic -more of that in another entry-, but as I was reading Spider-woman I had the opportunity to see some of Silk´s traits; that got me curious so… I began following her comic too.

Between the two comics, I though for sure that the one I was going to follow fervently was Spider-Gwen, but… Silk surprised me, the art was gorgeous, her character had a nice and likable personality, an interesting and somehow mysterious background, and more than everything a purpose: finding her family.

All of this are the reason why I kept reading Silk and I started to like her; usually I don´t buy issues of a comic if they are not part of a bigger event -like the “spider-verse” one- ´cause in my country is difficult to know how far/if the publishing company is going to continue with the titles it has right now, but Silk was one of those titles that I consider buying. And now it´s gone… END_OF_DOCUMENT_TOKEN_TO_BE_REPLACED